From Caca… to Fleming… to Edison

Our one year-old has been waking up covered in caca lately. I don’t know what the problem with his plumbing is, but the last few mornings have been full of poop wake up calls. (I’m sure when he gets older Tristan will love me for writing that about him.) Into the bathtub he goes, which means his 2 year-old sister soon follows. If “Tristy” — as she calls him — is having a bath, Lainey wants one, too. Toys, and blocks, and bubbles… baths are just too much fun!

I’d just gotten Tristan washed, dried and dressed when the doorbell rang this morning. Carrying Tristan, I ran down the stairs to let the furnace maintenance man in, while 2 and a half year-old Lainey continued to play in the tub. Less than a minute later, I was back upstairs dealing with quite the debacle. Lainey had decided to climb out of the tub, grab the bottle of shampoo, and empty the entire contents onto the top of her head. “Lainey’s washing her hair! Lainey’s eyes have owies!!!” she screamed in anguish. The shampoo was the gentle kind that isn’t supposed to hurt, but I suppose an entire bottle dumped on one’s face is enough to cause an eye irritation. The next fifteen minutes were spent holding Lainey’s eyes under the faucet to rinse them (she really loved me for this), then getting her out of the tub and flushing her eyes with saline solution. Once she felt all better, her towel wrapped toddler body climbed onto my lap, snuggled into me, and said, “Thanks for fixing my owie eyes, Mom. Can you kiss them?” Awwwww. Poor thing. I couldn’t be upset with her — despite how many times I’ve told her not to play with the shampoo bottle and/or snatched it out of her hands just in time. I thought she was busy with her tub blocks, and didn’t realize she noticed the shampoo, nor did I believe she would leave her bath and venture halfway across the cold floor to get her hands on it… after the number of times I’ve underestimated what my children are capable of, I really should know better. 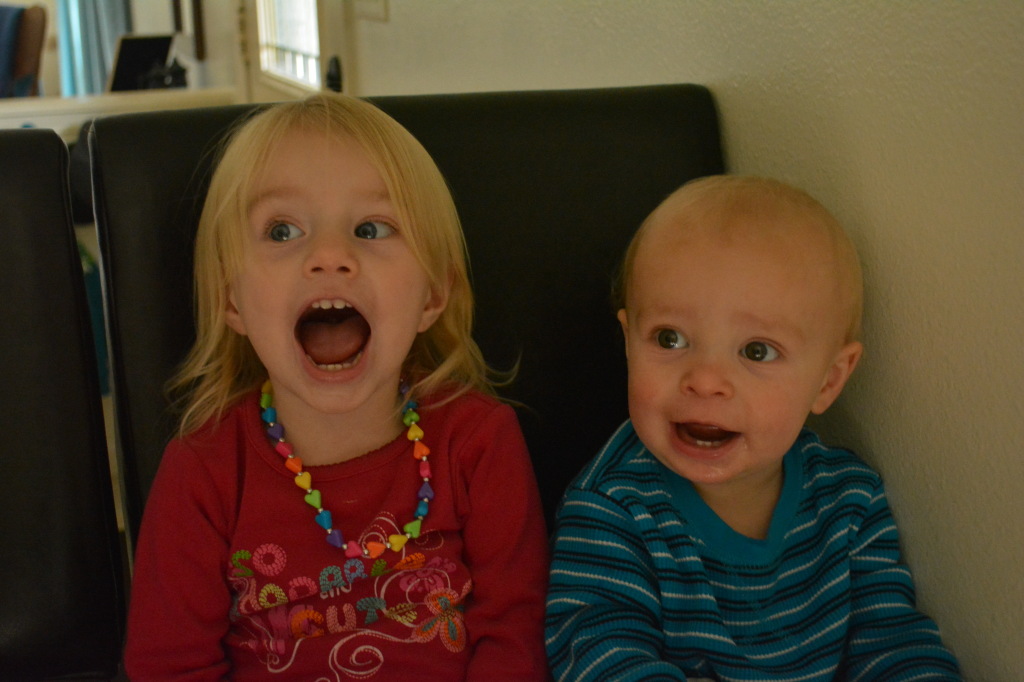 The phrase “curiosity killed the cat” often comes to mind when reminiscing about our children. Like the time then 5 year-old Wesley wanted to see what would happen if he put his arm against the glass on the gas fireplace — and proceeded to watch his snowboarding under armor melt. I screamed, but he wouldn’t pull his arm away. Watching the heat transform the synthetic material was far too interesting. Fortunately, I got to him before his skin started to melt! Or the time then 3 year-old Devin wanted to see if you could actually ride on a house cat. 6 year-old Wesley thought the neighbor might enjoy having a child climb on his garage roof. And 6 year-old Devin built a volcano, a fact of which I was very proud — until it exploded on my dining room table. You just don’t expect a 6 year-old to build an actually exploding volcano. (One of those underestimations of mine.) Also, there was the time 8 year-old Devin and 3 year-old Wesley led me down a Rocky Mountains black diamond run filled with trees and moguls the year we learned to snowboard. They made it down fine. I ran into a tree (curiosity killed the cat’s mom that time). 1 year-old Tristan is already fascinated by electrical things and more than once I’ve stopped the guy from plugging himself in via my laptop power cord to his mouth. And toddler Lainey spins stories of the monsters that live in our heating ducts, which has lately resulted in her pulling them open and seeing how far she can shove her head in (to the heating ducts, not the monsters).

When I tell people that I feel like a really good mom because I’ve kept all my children alive, they laugh and don’t realize I’m not joking. They don’t know what kind of children I have. Curiosity and intelligence can be a killer combination — particularly when you come from a mother who once flooded her parents’ basement building a habitat for a toad in their window well… and a father who spent part of his childhood running around the Congo wielding a machete (Mom caught on to that one after he thought he was going to hide his gashed open foot from her) when he wasn’t reading the dictionary because he wanted to know all the words.

Schools have to keep everyone in order, which is understandable — you can’t have 20 kindergarteners setting off exploding volcanos — but there’s sometimes not a place to foster all of a child’s curiosity there. And that’s okay… school is not meant to take the place of parenting. Despite the days I want to pull my own hair out of my head after disinfecting myself — when 4 year-old Devin handed me his “pet” bugs to hold — I’m completely okay with my kids exploring. What better teacher could they have than the world around them? (Along with a proper level of supervision for their age, of course!) I love it that they’re curious, I love it that they want to know how things work and where paths go — and I don’t mind helping them clean up the messes. We wouldn’t have advanced much as a society without a few messes and mistakes. Alexander Fleming, anyone? Now, when I discover my growing children’s hands-on learning about their world — 2 year-old Lainey stacking objects from my china cabinet to climb over the baby gate in her way; 1 year-old Tristan standing for five minutes with his head upside down touching the ground (no, he’s not brain damaged, he’s trying to learn how to do a somersault); 8 year-old sweets loving Wesley engineering a bridge out of marshmallows for a school project; the robot nearly 13 year-old Devin built holding a marker and scribbling all over the floor in some sort of strange robo-meltdown — and my eyes get wide waiting for all chaos to break loose, our eldest turns to me and quotes Thomas Edison: “Mom… I haven’t failed. I’ve just found 10,000 ways that don’t work.” 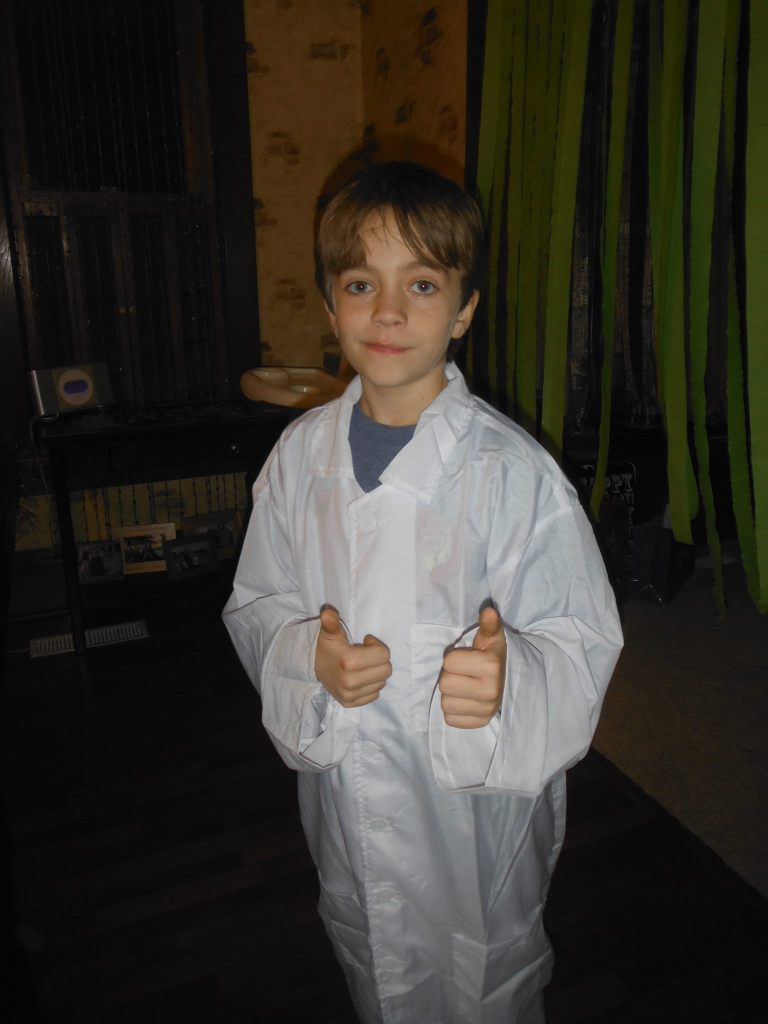 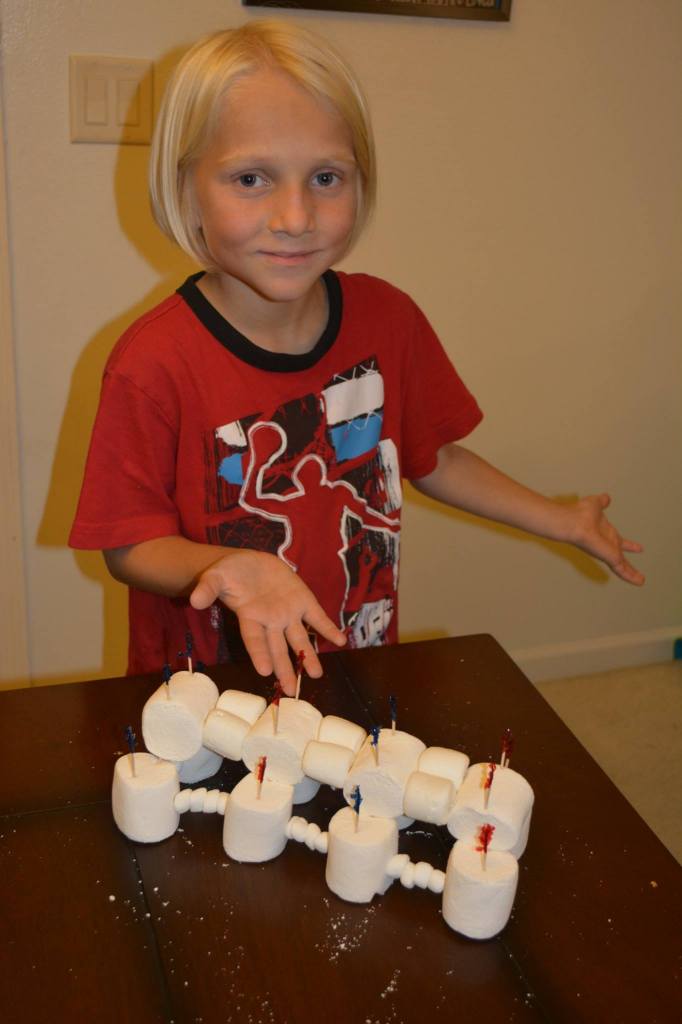 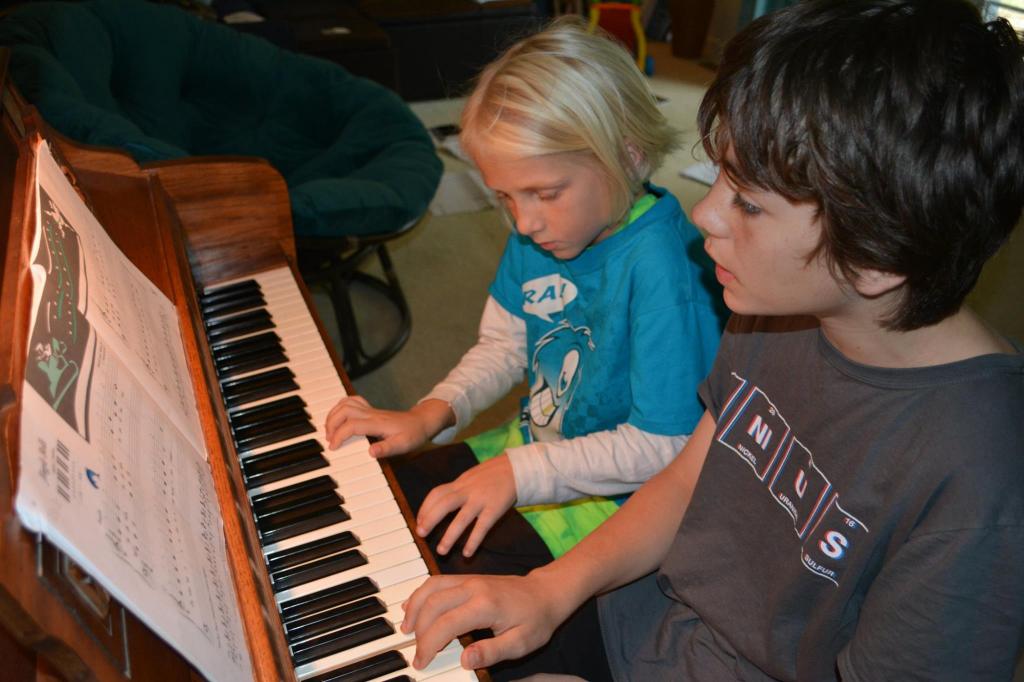