↓ Skip to Main Content
Home › Kids › Our One of a Kind, One In a Million Devin

Our One of a Kind, One In a Million Devin

It’s his 13th birthday today, so I’m writing this in honor of our son Devin — our one of a kind, one in a million Devin.

Devin is my blog’s biggest fan. Some people would say that means my blog must be really lame. But it’s actually awesomeness. What 13 year-old kid loves to read his own mom’s writing? A pretty cool one! (Although, as that 13 year-old kid’s mom, I admit my bias.)

I gave birth to Devin when I was just 18 years-old. He was the beginning of the greatest privilege I’ve ever been blessed with — to love, guide and nurture our four children. 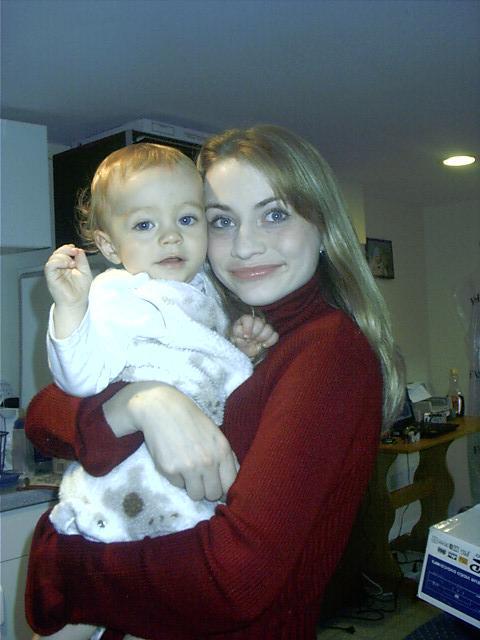 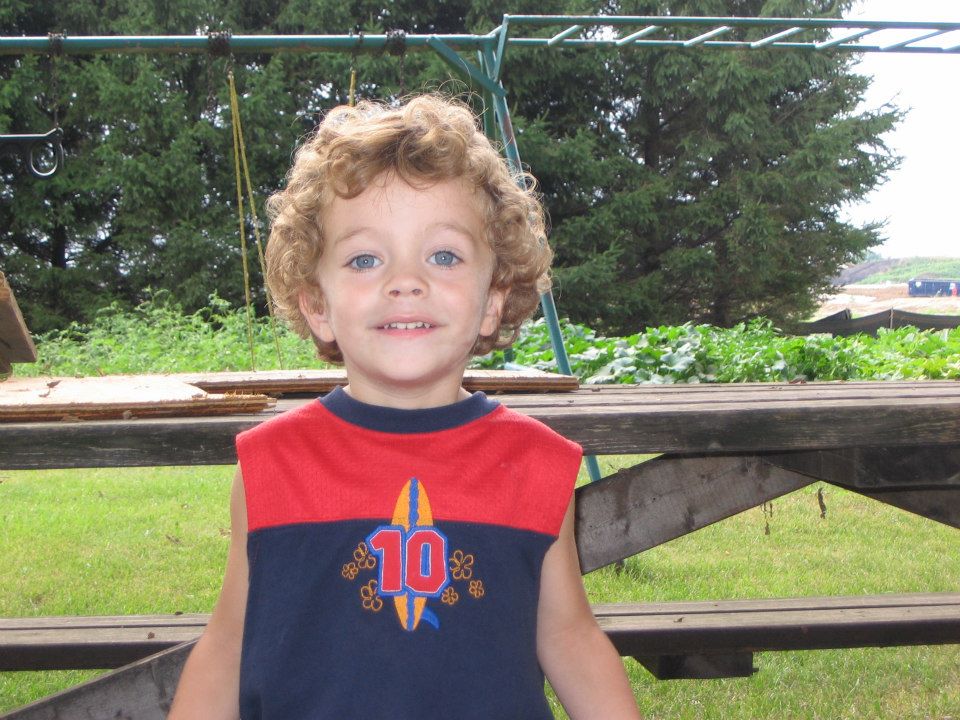 He learned to read when he was 3 years-old. By his 4th birthday he could read entire children’s books to himself. In Kindergarten, he read Tom Sawyer and Where the Red Fern Grows, and by 4th grade he was reading The Lord of the Rings.

In 1st grade, an obsession with mythology unfolded, and he read every book on the subject he could get his hands on. He then proceeded to call his grandmother and ask her if she wanted to hear about the 12 labors of Hercules, reciting them all by memory.

A million facts reside in Devin’s head. He spent much of his early childhood reading fact books, encyclopedias, HowStuffWorks.com and the dictionary, although he could never quite understand why others weren’t as excited about all the bits of knowledge he desired to share.

Though I homeschooled him for three years from 1st through 3rd grade, I could never keep up with Devin’s hands-on learning, and for a time our home was filled with his robots, chemical experiments, and erector set models. Honestly, I didn’t have to do much to motivate him to learn, and his years being homeschooled further reinforced his desire to seek knowledge and find whatever materials he needed to teach himself. (You’ve probably guessed he’s in his element at a library.)

Always particularly close to his grandparents, he affectionately calls his grandfather “Bop”. Bop would tease toddler Devin if Devin didn’t want to do something by saying, “Are you a man or a mouse, Devin?” (If he didn’t want to eat his food, go to bed, listen to his mom, etc.) …Until the day three year-old Devin saw Bop refusing to eat his egg whites (Bop hated egg whites)… “Are you a man or a mouse, Bop?” I guess we all should be wary of holding ourselves to the same standards we hold our children and grandchildren to. 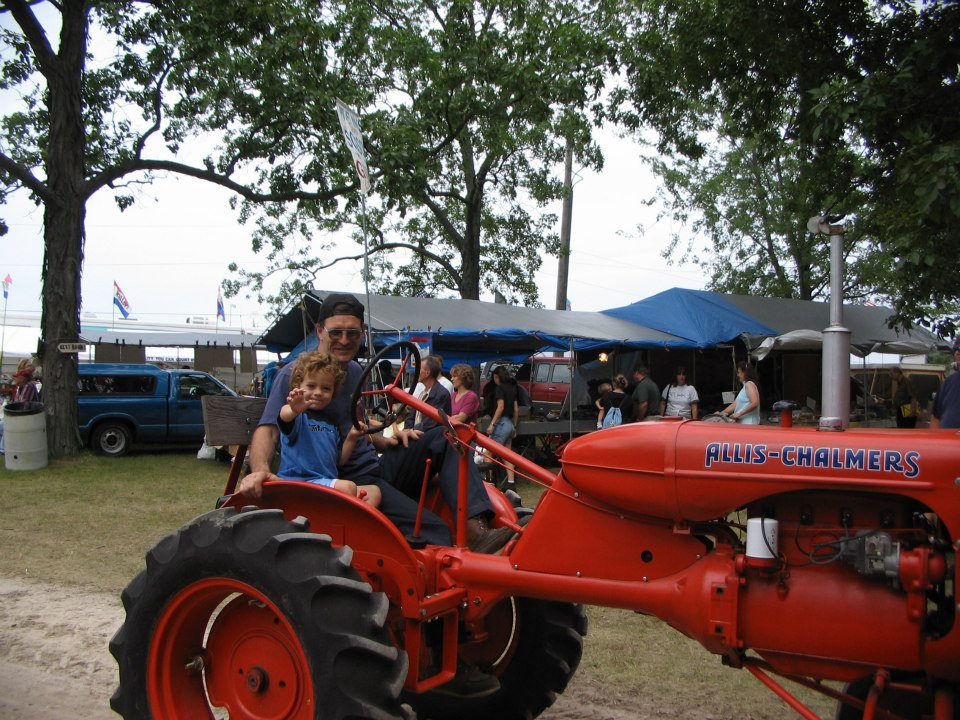 As Devin has grown, I’ve noticed he’s a leader who beats to his own drum. He is not oft swayed by peer pressure, and regularly speaks up for those who can’t speak for themselves. I was so proud the day Devin stood up to a bully on the school bus and told him not to make fun of girls and gay people.

Devin had to endure the mass media attention his little brother received for snowboarding and he met it with grace and love for his brother. It’s not an easy thing to be ignored while watching your younger sibling receive so many accolades. What most people didn’t know was that Devin’s sibling became such a determined snowboarder because he was trying to keep up with the big brother he adored.

Speaking of siblings, Devin is going to make an amazing parent someday if the patience and love he shows to his little siblings is any indication. 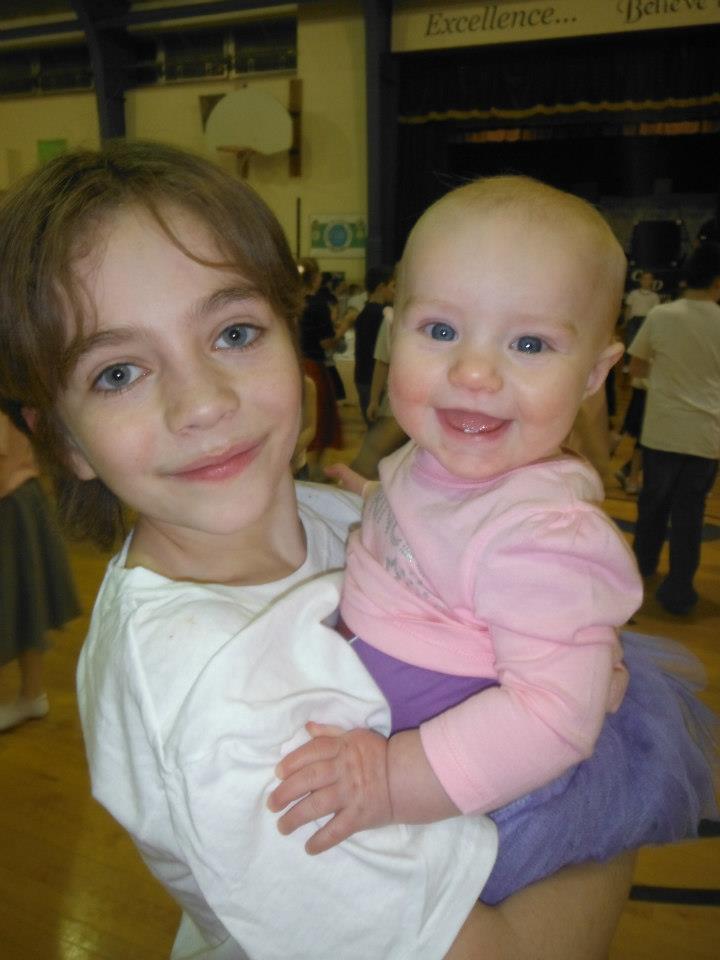 Naturally kind, gentle, and compassionate, Devin ventured outside his comfort zone this past fall to join the 7th grade football team. I couldn’t believe my eyes as I watched my sweet intellectual son blocking and tackling his peers… running drills in the rain… walking around with his big shoulder pads (he’s now taller than I am). What a shock to his mother, who never envisioned him participating in such a thing, but is so so proud of his perseverance. 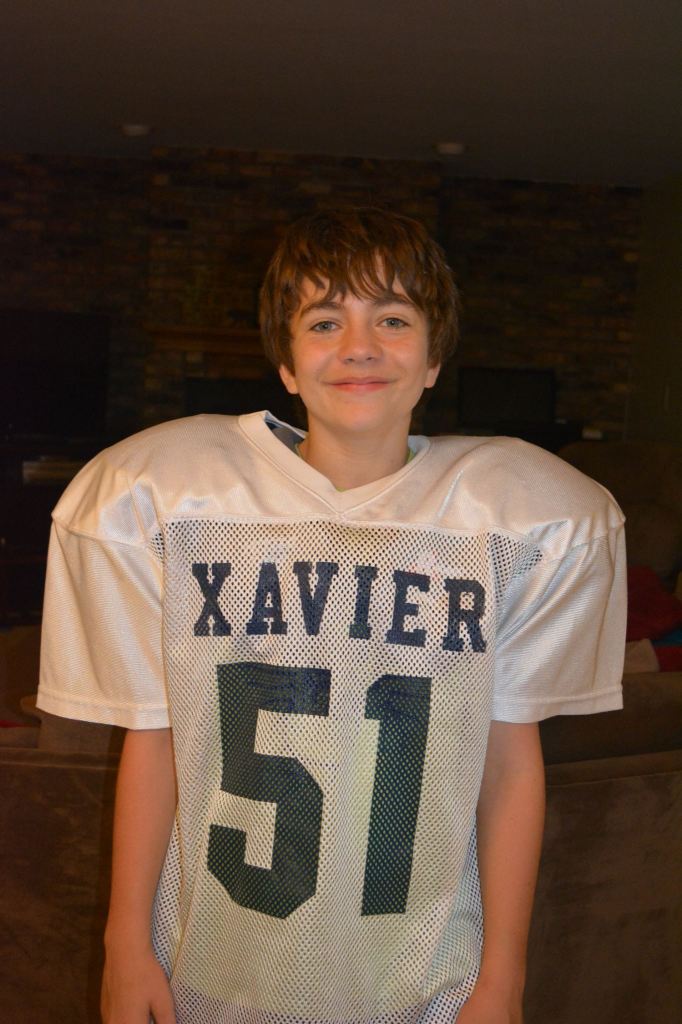 These days, Devin is still devouring every book he can get his hands on, but he’s moved on from his homemade robots to join his school’s Lego League Team, where he’s learned how to program advanced robots to compete against other schools; and instead of reading the dictionary, he’s teaching himself computer programming and writes posts for his own blog.  Devin is already somewhat of a hacker. This is kind of terrifying. I keep imagining Hugh Jackman in Swordfish. Dear God, please let Devin keep writing game code and never let him hack into The Pentagon. That is all.

I never imagined the joy I would experience watching Devin grow up, and I can’t believe he’s already a teenager. It will be sad to see him off to college in a few years, but I know he’ll always be a positive force in the world. I’ve heard the beginning of the teenage years are marked with dread as parents imagine all they’ll be dealing with in the near future… I hope to instead enjoy the last years of having him at home — no longer a manager of his life, but a consultant, as he considers and makes his own choices, learning from them as he goes. I have no doubt he’ll learn quickly. (We’re talking about a kid whose favorite quote is “I haven’t failed, I’ve just found 10,000 ways that won’t work” –Thomas Edison.)

I realize this entire post was about how wonderful my son Devin is, and could be seen as arrogant. But if we, as parents, don’t express how overjoyed we are with our children, who will? I am beyond proud of Devin… and he may be my blog’s biggest fan, but I will always be his mother, and his life’s biggest fan. 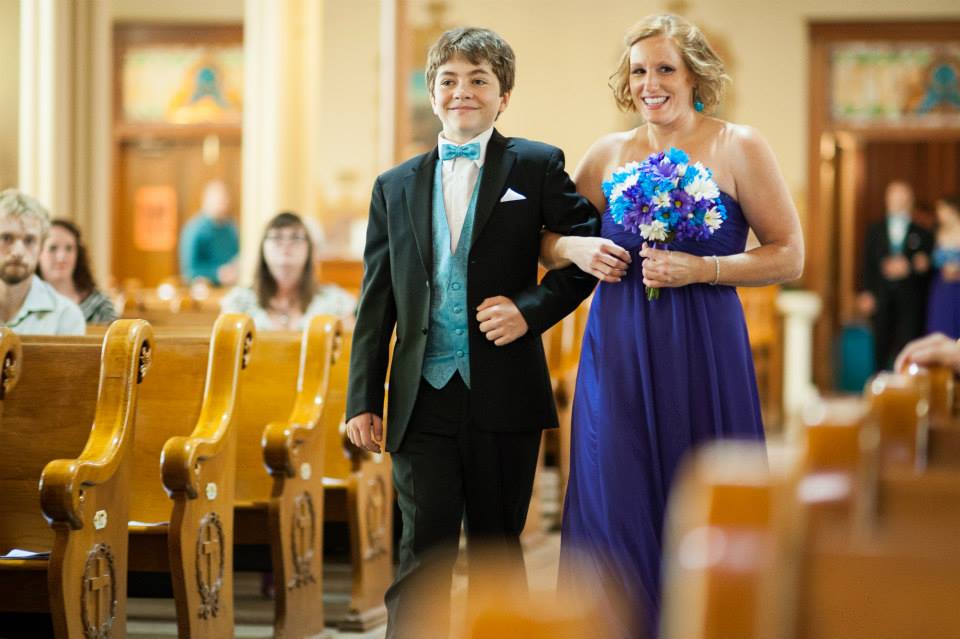 Groomsman, Devin, escorting bridesmaid, Nicky, down the aisle at my wedding 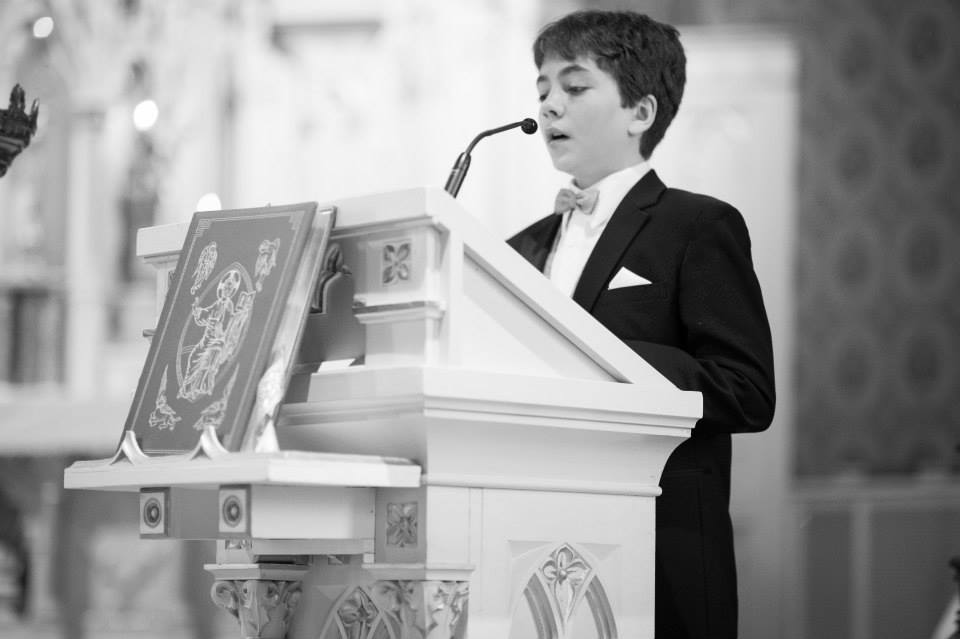 2 comments on “Our One of a Kind, One In a Million Devin”