How To Rid Your House of Monsters…

danelle Posted in Kids — No Comments ↓ Our 2 year-old daughter, Lainey, has an obsession with monsters. She’s convinced they’re real and running around our neighborhood, tells me they’re hiding behind the living room curtains, doesn’t want to go to sleep at night, and doesn’t want to go in the “scary” basement by herself. In the wee hours of the morning, she frequently ends up in our bed. 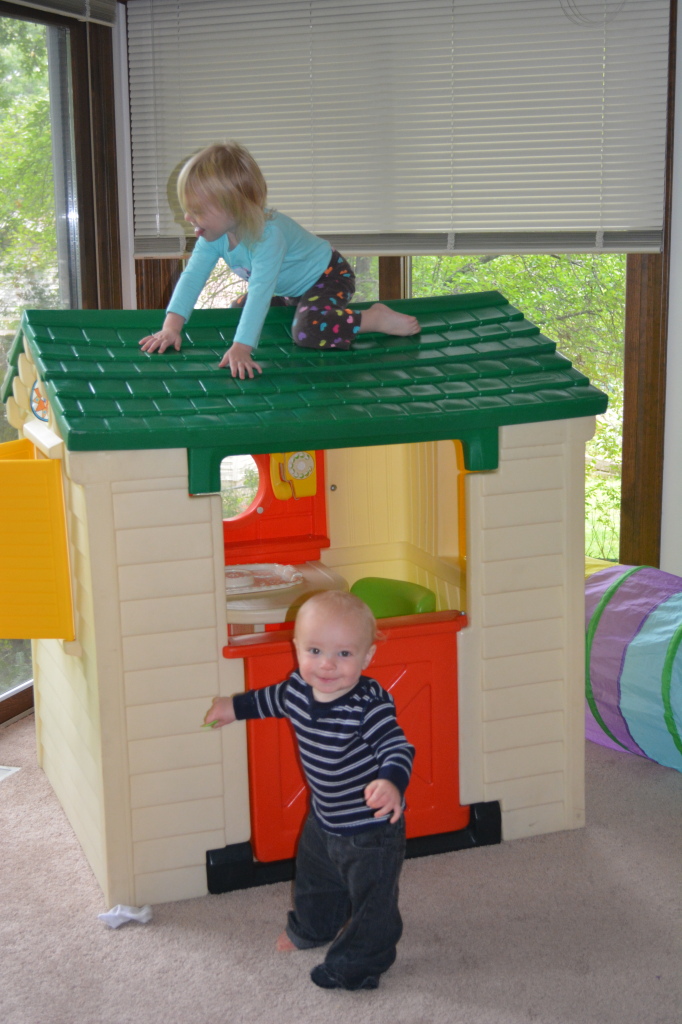 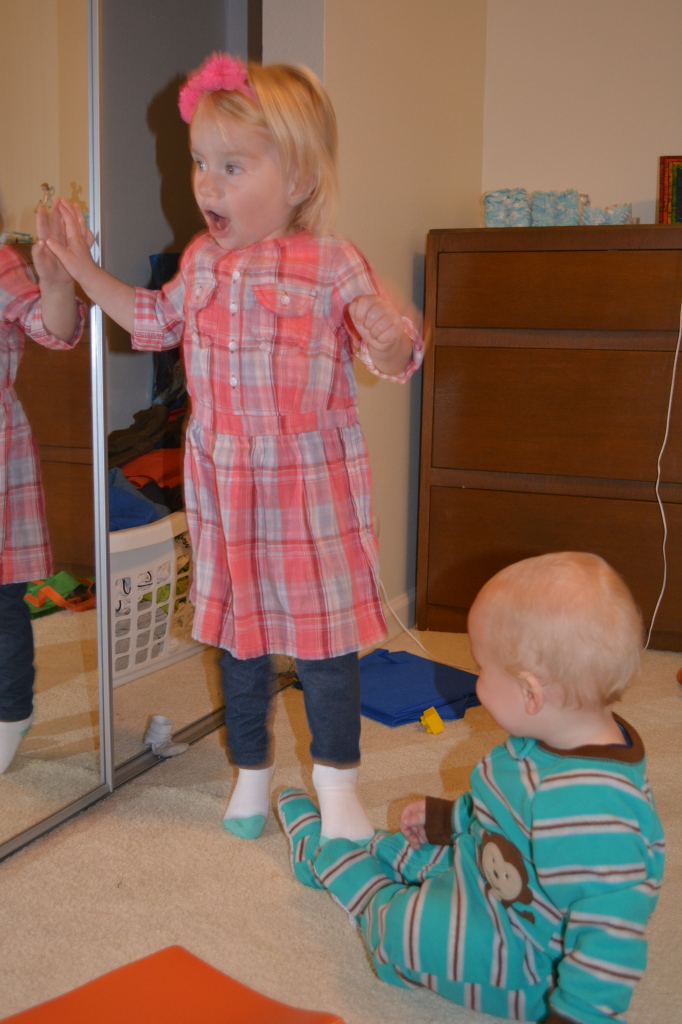 So it’s love-hate with the monsters. They’re fun to imagine, until it gets too scary, or it’s bedtime — and then the monsters aren’t so cool. I really want her to sleep at night, so I try to tell her that monsters aren’t real. She doesn’t believe me. I don’t blame her. We put monsters in books and movies (I’ve lost count of the times Lainey has told me, “That beastie is really scary,” in reference to Beauty and the Beast), we celebrate Halloween, we play pretend about monsters… and then we tell kids they’re just make believe. Kids look at us like, “I was born 3 years ago, not yesterday,” and continue along believing in monsters.

A few days ago, our handyman and a heating and cooling guy were here to fix some problems with our furnace. When they started banging on pipes in the basement, Lainey heard the echoes in the vents upstairs. “Mom! It’s monsters!” She was terrified. It was cute at first, but she wouldn’t calm down. She ran from room to room, trying to escape the noises in the vents. Whichever room had banging in the vents, she was convinced monsters were about to spring forth. “Monsters are coming out!” she screamed and tried to hide between my legs. (An inconspicuous hiding place if ever there was one.) “Tristan!” she yelled at her little brother. “Monsters are here!” Then she turned back to the heating vent in our living room. “Stop it, monsters! You bad! Go away. Don’t scare Lainey!” She was very brave while peeking from behind my legs. I explained to her that the noises were not monsters in the vents, but that the men were fixing the furnace and the pipes. “It’s monsters, Mom,” she insisted to me.

The next couple days she spent running nonstop around the house, repeatedly checking all the vents to see if the monsters were hiding in them. That’s a lot of vents. Her obsession turned to a monster craze. She not only didn’t want to go to bed at night, but she wouldn’t. I finally had to shut her in her room so she couldn’t run downstairs and tell me the monsters were there. (Then I felt bad when I went to check on her and found that she’d fallen asleep with her blankie on the floor behind the door.) This monster thing had to stop. There would be no peace in Lainey’s imagination until it did.

Yesterday, I told Lainey all day that there are no such things as monsters. I took her in the basement and showed her every corner. I showed her the vents with a flashlight. I banged on the pipes in front of her and told her this was the noise she had heard, and that it was most certainly not made by monsters, for monsters did not exist. She calmed down. She stopped checking the vents. She stopped panicking. We all got some sleep. Peace at last.

This morning, I walked upstairs to find one year-old Tristan banging on and yelling into the cold air return at the top of the steps. Lainey stood beside him watching intently. “What are you doing, buddy?” I asked.

Lainey turned and — in the most serious of voices — said, “He’s talking to the monsters.” 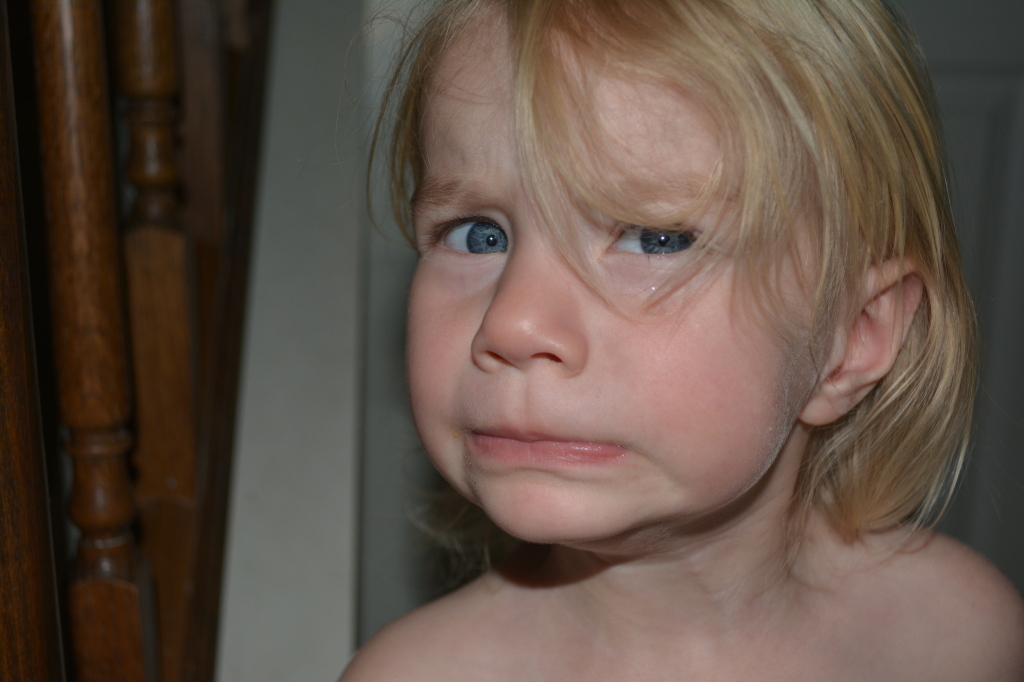 0 comments on “How To Rid Your House of Monsters…”

2 Pings/Trackbacks for "How To Rid Your House of Monsters…"